Dave Tenny is the founding President and CEO of NAFO.  Under his leadership, NAFO has grown from 14 initial members in 2008 to 49 member companies that own and manage more than 46 million acres of private working forests and 34 state and national associations that represent tens of millions of additional acres.  Dave’s passion for building trust and pursuing solutions-based advocacy has helped NAFO become a leading national advocate for the economic, environmental and social benefits of America’s sustainably managed private forests.

Dave previously served as Vice President for Forestry and Wood Products for the American Forest and Paper Association (AF&PA) and as Deputy Undersecretary for Natural Resources and Environment at the United States Department of Agriculture where he had responsibility for the U.S. Forest Service.  He got his start in the U.S. House of Representatives where he served as Counsel and Natural Resources Policy Advisor for the House Committee on Agriculture and as Counsel for U.S. Representative Wally Herger of California.

A native of Boise, Idaho, he earned a bachelor’s degree in American studies from Brigham Young University in Provo, Utah, and a law degree from George Washington University in Washington, D.C.

Anne Clawson is Vice President for Government Relations. Anne leads NAFO’s government affairs program to ensure that private landowner interests are heard by policymakers in the legislative and executive branches.

Anne previously served as Director, Strategy & Program Coordination, in Alcoa’s Government Affairs and Sustainability group where she represented Alcoa on issues including sustainability, climate, and trade. Before her time at Alcoa, Anne worked at a boutique management consulting firm called Avascent, where she focused on aerospace, defense, and energy issues. Anne has also worked in the German Parliament in Berlin, and earlier oversaw undergraduate fellowships and research grant programs at the George Washington University.

Anne sits on the Advisory Council of the BMW Center for German and European Studies at Georgetown University and was a board member of the Aluminum Association’s Political Action Committee. Anne has a M.A. from Georgetown University’s Walsh School of Foreign Service in German and European Studies and a B.A. from the University of Chicago in French Literature. She is the recipient of a Fulbright scholarship to Germany and has lived in Germany, Austria and France.

Before joining NAFO as Vice President for Policy, Suzy spent 19 years playing a lead role in Environmental Defense Fund’s work to collaborate with farmers, grower organizations, agribusinesses, food companies and retailers to improve the resilience and sustainability of the U.S. agricultural system. As Senior Director of Working Lands at EDF, Suzy specialized in developing partnerships with key agricultural stakeholders to create replicable initiatives to implement conservation, leverage policy, and engage the full supply chain to bring economically viable conservation and resilience to scale. Guided by science and economics, she developed and led partnerships with the National Association of Corn Growers, Land O’Lakes, the Soil Health Partnerships, United Soybean Board, many state grower associations, and an 18-member farmer advisory board.

Suzy grew up in Connecticut but has called Virginia home for half her life. She received her undergraduate degree in history and environmental studies from Princeton University and her Masters in Environmental Science and Policy from Johns Hopkins University.

Kate Gatto is Vice President of Communications.  She leads NAFO’s advocacy communications, working to provide a voice inside the Beltway for the private families, businesses and organizations that own and manage forestland across the country.  A member of the forestry community herself, Kate knows from her own family experience that it takes a clear vision, a significant investment, and a lot of love and patience to grow a tree.

Kate joined NAFO in 2017 from Hill+Knowlton Strategies, where she spent more than 10 years leading national advocacy and reputation building campaigns for a variety of organizations, campaigns and businesses.

Chip Murray is Vice President for Policy and General Counsel.   He joined NAFO in 2010 and is recognized as a leading attorney representing  forestland owners and the forest products industry.  Prior to NAFO, he served as Deputy General Counsel and Executive Director-Forestry for the American Forest & Paper Association and also with the Association’s predecessors since 1989.  During this time, Murray managed key forestry programs related to the Endangered Species Act and the Clean Water Act.  He established the forestry litigation program related to management of both private and federal forestland.

Chip formerly held the position of Assistant Solicitor for Onshore Minerals in the U.S. Department of the Interior, preceded by service as a Staff Attorney in the Interior Office of the Solicitor and Interior Board of Land Appeals.

He is a past chair of the Forest Resources Committee, American Bar Association. He earned both his J.D. and A.B. degrees from Georgetown University.

Ethan started his career running a sawmill and teaching ecology at a 100-year-old Boy Scout Summer Camp in the Adirondack Park.  The camp owned and operated its own working forest, which not only taught him about forest management, but also taught him the foundations of strategic communications – convincing 11-year-old boys that the Forestry Merit Badge is exciting.

J.J. Manser serves as NAFO’s Director of Government Relations. Prior to joining NAFO he worked at CMS Energy where he focused on advancing appropriations, biomass, renewable energy, and environmental policy. During his time at CMS, J.J. mobilized state and local community action agencies to advocate for increased federal funding for the Low Income Home Energy Assistance Program.

J.J. was born and raised in Michigan, and like all Michiganders, J.J. would be happy to show you where he’s from if you hold up your hand.

J.J. speaks Arabic and has worked and studied in The Kingdom of Saudi Arabia and Jordan. He holds a Master’s in Public Policy from George Washington University and a Bachelor’s of Arts in International Relations from Grand Valley State University.

As Director of Policy, Kristin supports NAFO’s work advancing federal policies that ensure private working forests continue to provide environmental and economic benefits. She brings a deep passion for forests. Kristin comes to NAFO from the Montana Department of Natural Resources and Conservation Forestry Division. There, she played a leading role in advancing sustainable forest management and wildland fire policy for the state. Her team created an ambitious 10-year plan to increase the pace and scale of sustainable forest management to reduce wildfire risk and improve forest health across ownership boundaries. Previously, Kristin has worked in various forest policy roles at the Department of the Interior and the Forest Service.

A novice hockey player, Kristin always enjoys letting her teammates know that their wooden hockey sticks are renewable, and sustainable forest products. A native of Detroit, Michigan, she earned a Bachelor of Science in Environmental Biology & Zoology from Michigan State University and a Master of Environmental Management from the Yale School of Forestry & Environmental Studies.

Jonathan Tyree is NAFO’s Operations Director. Born and raised in Indiana, Jonathan was more familiar with cornfields than forests, but has found his home in the forest sector here in Washington. Prior to joining NAFO, Jonathan spent three years at the Association of Consulting Foresters. At ACF, he managed all aspects of the member experience, while also directing their communications and providing technical support.

An accomplished public speaker, Jonathan spent 11 years competing in speech and debate competitions around the world. He now gives back to this community by coaching at his alma mater. Jonathan graduated from George Mason University in 2014 with a Bachelor of Arts degree in Government and International Politics. 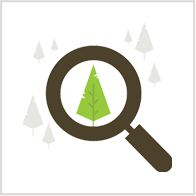 NAFO supports fully funding programs that advance the contributions of forests and forest products in climate policy like the USDA Forest Inventory & Analysis (FIA) Program. The technical information provided from these programs is critical to sound climate policy and legislation.

On-the-ground measurements are more accurate and effective than imagery or modeling. Using the FIA program eliminates any bias and offers the most robust nationwide solution to accurately measure carbon in forests and forest products. 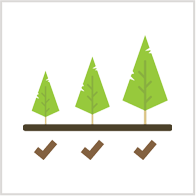 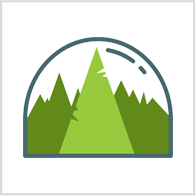 NAFO supports policies that promote healthy and resilient forests. Healthy forests are less susceptible to threats such as pests and wildfire, and they can better adapt to a changing climate.

Climate change is already impacting our forests regardless of property lines and ownership classes. When public or private forest are unhealthy, they affect their neighbors. Active management at a landscape scale improves resilience as our climate changes and introduces new stresses on our forestland.